Summertime in Japan conjures up for us images of the lightest cotton Yukatas, chilled Somen noodles and delicate pastel-tinted desserts of Anmitsu [agar agar jelly] or Kakigōri [mountains of shaved-ice topped with sweet syrup]. All of this, of course, in an attempt to beat the typically rising temperatures and humidity levels that grip parts of Japan during the season. In true Japanese fashion it is all about finding the uniqueness in a situation and crafting beauty in that, no matter what.

We cannot think of a better way to escape the metropolitan cities of Japan as the mercury rises, than to head south of Tokyo to the Shima National Park, where the resort Amanemu is situated. Barely over a year old now, Aman’s second foray into Japan, Amanemu is the the coastal, laid-back, sister to her city tower sibling Aman Tokyo. Since then, much has been written about her, many photographic images captured and she’s stolen the hearts of many a visitor.

We asked the interior architect on the project, Albano Daminato, of Studio Daminato, to write for us here about the design of the resort, such a key element in any Aman development. For him, this project represented his ongoing collaborations with the Singapore studios of Kerry Hill Architects – the mastermind architects of both Aman Tokyo and Amanemu, along with numerous other Aman resorts globally.

“It is always such a privilege to work on any Aman project. With Japan this seemed like a natural progression from our work in Bhutan with Amankora. With design it is easy to fall into what may be a very clichéd image of how to create a resort in a foreign country – and it is the ability to find the spirit, the soul, the aesthetic heart of a culture and to render that sensitively in a built form, that is the challenge. It is with careful research and thought, that I hope we create spaces that are not a pastiche of cultural elements, but instead offer spaces that represent authentically their geographical location and history. Working with Kerry Hill the desire was to create a village inspired setting set within the natural landscape facing Ago Bay. 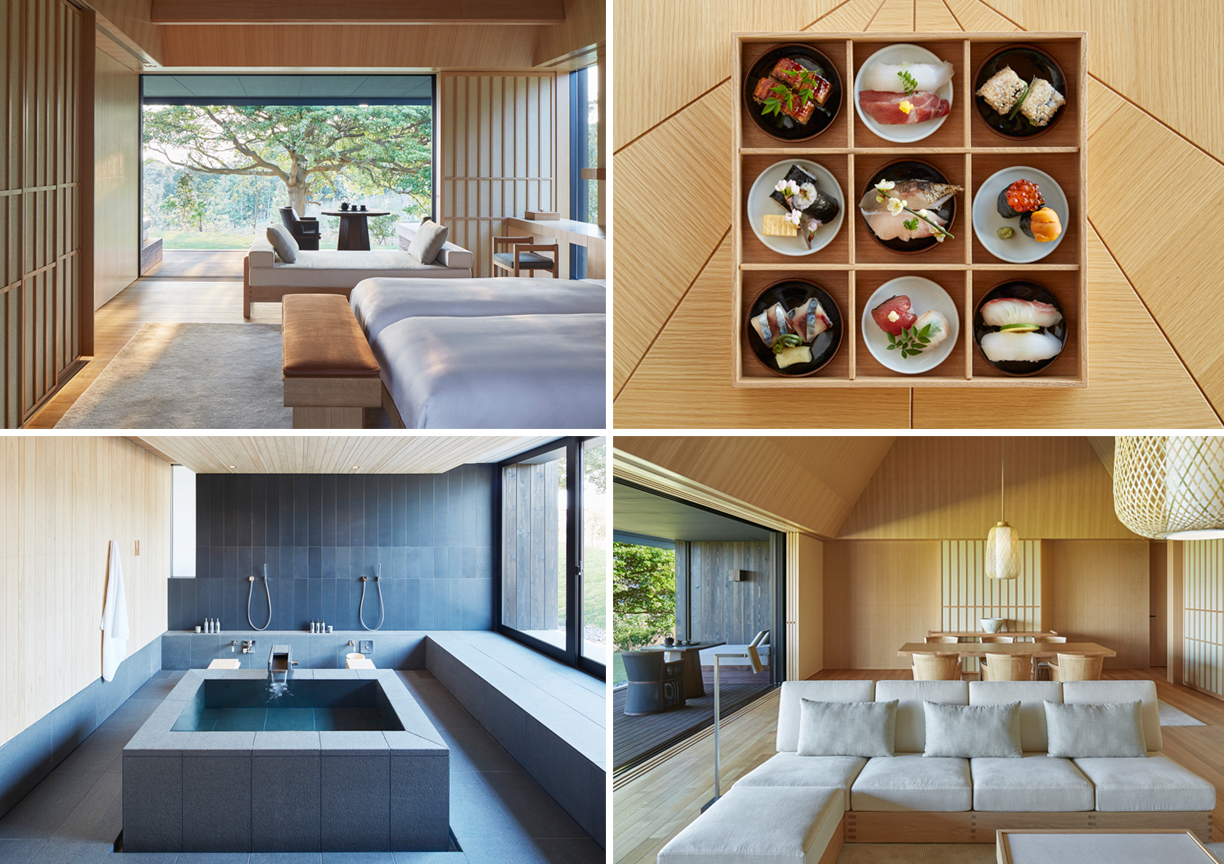 The pavilions themselves are described by Mr. Hill as “presenting a contemporary interpretation of the traditional Minka farmhouse, with steeply pitched roofs clad in silver glazed clay tiles and charcoal timber walls” – the interior and exterior architecture are strongly linked and one informs the other. Material palettes were kept to a minimum. In contrast to the rich, textured, midnight hues of the building shells are the interiors that are a combination of the palest Japanese blonde woods, crafted white plaster surfaces and natural stones. This juxtaposition acts as a gentle nod to the classical Japanese lacquered box. Interiors of all of the buildings were conceived primarily as calming, restorative spaces. In homage to the strength of the roofline forms, the interiors throughout the resort pay respect, in some form, to the sculptural possibilities that were offered by such soaring ceiling heights.

Guest rooms and many public areas are lined in the same light coloured woods, along with a palette of soft tinted natural textiles and furnishings. As for all Aman properties, the design and detailing of the furniture, fittings and accessories are also custom-made and considered unique to that project.

This visual language continues on into the numerous public areas of the resort – from the spatial qualities of the Spa’s organically formed treatment rooms to the peaceful architectural forms of the Dining Rooms and various Lounges, out to the terraces and the unobstructed views beyond the luxurious main swimming pool. Set also into the landscaped terraces are various water features and hot spring onsens adding to the restorative spa offerings. A stone bathtub forms a key element to all of the guest villa types, whilst in the villa suites an expansive private onsen bathing area is also provided.

Views to the natural landscape and the bay are carefully orchestrated from all interior spaces and remind me, at once, of the work of the master Japanese film maker Yasujirō Ozu. Ozu’s skill at capturing the perfect still life, or a transition from one interior space to another, along with his famously titled ‘Tatami shot’ [in which his camera was placed at low height to resemble the view if one was kneeling at floor level] are in keeping with the horizontality of many views over the villa terraces from the resort’s interiors.

Each interior and architectural element is carefully considered to form a serene, homogeneous whole that we hope reflects the considered proportions and elegant simplicity that is so much part of the Japanese ethos, allowing guests to find peace and inner reflection.” 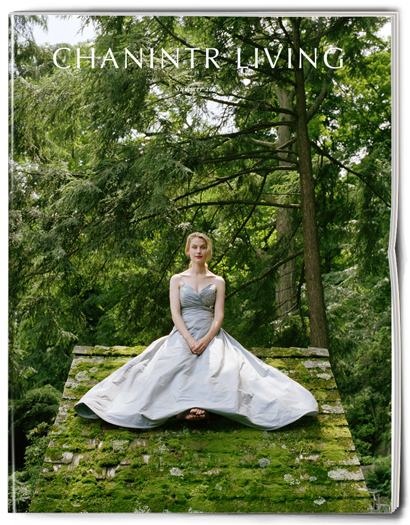